Customizable mortgage starting at only 3.25%. Get yours today!

BUY A HOME REFINANCE A HOME 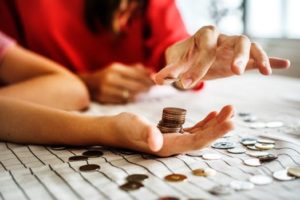 What are ‘non- QM’ loans? Many borrowers who otherwise can’t qualify for a mortgage may now qualify through non-QM mortgages. The industry went through a complete rebuild following the 2008 meltdown and new rules were implemented.

The result was the creation of the SAFE ACT which launched and established federal agencies. Namely:


The CBPB is the agency which regulates and enforces guidelines for mortgages.


The NMLS was launched to centralize mortgage companies and the loan officers.

Subprime mortgage lenders went out of business and thousands of account managers went jobless. The Dodd-Frank Mortgage Act was written and signed into law.

New rules were created for mortgage loan originators whose main work involved the kickoff of mortgages to meet minimum funding requirements required by the federal government including the QM.


The purpose of Qualified Mortgage is to open the ability to repay, and the regulation went into effect January 10, 2014 by the Consumer Protection Financial Bureau.

What are QM Loans?


The ability to repay creates a layer of protection for lenders from liability from mortgage loans and borrowers.

What are Non QM Loans?


Non qualified mortgages are loans which fail to meet the guidelines to be included in the qualified mortgage category. They are not riskier loans, instead they are called ‘out of the box.’ Other differences include:

As real estate skyrockets across the country, home buyers become homeowners with non-QM loans and are able to refinance later after they qualify.

With non-QM loans, borrowers may qualify for a mortgage even if they meet the requirement of 20 percent down and a minimum of 640 credit score.

Non-QM loans can be used for investment properties. And self-employed borrowers as well. Since 2008, self-employed mortgage borrowers have been seeing difficulties in quality for standard loans. Now, non-QM borrowers can buy a home.

For more information, contact tk at tk. The phone number is tk and email is t